A top UK lighting manufacturer has been fined £2.7 million and other suppliers are receiving warning letters in a major price fixing probe into the industry. 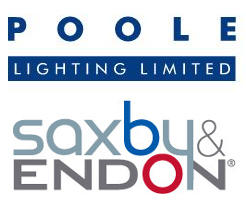 The National Lighting Company (NCL), whose brands include Poole Lighting, Saxby and Endon, became the first company to be fined. It was found that the firm imposed a minimum price on its distributors and retailers when selling its luminaires online - meaning online sellers had to retail goods at, or above, this price - something that is in breach of competition laws.

This kind of illegal practice, known as resale price maintenance (RPM), means customers miss out on the best possible prices and cannot shop around for a better deal on that supplier’s products.

The National Lighting Company, who tried to avoid detection by not committing agreements to writing, has been fined £2.7 million for breaking competition law. The fine covers violations in relation to its Endon and Saxby brands and includes an extra penalty because the company ignored an earlier warning letter from the Competition and Markets Authority (CMA). A warning letter may be sent when the CMA has reasonable grounds to suspect anti-competitive behaviour. It is not a formal allegation but must be taken seriously and requires a considered response.

The Competition and Markets Authority has today sent a number of warning letters to other suppliers in the light fittings sector where there are reasonable grounds to suspect they may also be engaging in resale price maintenance.

To help stamp out resale price maintenance, the CMA has also today re-issued its advice to help businesses stay on the right side of the law. This includes an open letter on RPM, a film on RPM and case studies that explain how other businesses have ended up breaking the law.

“This decision should act as a warning to companies that resale price maintenance is illegal and that warning letters issued by the CMA are to be taken seriously and not to be ignored.

“The digital economy is booming and with so many businesses operating online it is vital that fair competition is maintained across all sectors. The CMA wants to ensure consumers get a fair price and a good deal.

“That can only happen when retailers are free to set their own prices.”

Following the Government publishing their findings, the following statement was released on the companies' websites on 20th July:

"NLC is pleased to confirm the conclusion of its discussions with the CMA. NLC accepts the CMA’s findings, and acknowledges undertaking certain practices which breached competition law. NLC ceased these practices as soon as the CMA opened its investigation.

The past practices of NLC were never aimed at harming consumers but merely sought to protect its bricks and mortar customers from the significant damage being done to them by the free riding of certain internet resellers.

NLC is excited about its future, and going forward intends to work with best in class retailers, be they bricks and mortar, internet or both to design, develop and supply industry leading lighting products that our customers want, trust and value.

Having put in place its own market leading compliance program NLC calls on the CMA to ensure, through its ongoing work within the lighting industry, the creation of a level playing field for all suppliers.  It is evident that efforts to influence resale prices remain widespread and other companies will have to comply with the law or face significant fines."