One of the most advanced Smart City systems ever to be trialled in the UK is about to be tested in streetlights in Essex.

‘We are currently trialling a Philips mesh system to see if we can put into streetlights a single multi-purpose product that will serve both as a streetlight and an Internet of Things (IoT) device,’ David Wilde, chief information officer at Essex County Council told Lux Magazine.

It is hoped that the technology will allow the council the opportunity to improve traffic management abilities, record and manage roadside pollution levels and aid the swift development of autonomous vehicles by providing much more accurate triangulation.

‘We are only just starting to comprehend the potential of this,’ Wilde continued.

‘Imagine if you had a smart mesh across the entire road infrastructure at street light level?

You could do some pretty radical stuff with traffic management as well as gather much more data to help to inform decision making about how we maintain our local infrastructure going forward.’

For example, the data gathered by the sensor network, could be used to decide what kind of road surface is put down, which is a really expensive process made even more expensive if it is done incorrectly.

A more informed decision could be taken based upon data which, for example, indicated there was a large number of heavy goods vehicles using a road. This data would then inform the local authority what particular type of road surface is required and this in turn could help to preserve the road surface for a longer period of time.

‘In the most basic sense you have the instillation of the LED in the first place, which through reduced energy costs and limited maintenance will prompt an overall reduction in running costs over time,’ Wilde continued.

‘Secondly, the intelligent mesh is helping us to make wiser decisions around how we can best maintain the infrastructure. Thirdly, we can use this information to better manage the utilisation of the assets we do have.’

The Philips smart sensors have been provided by the company to the Essex authority for free for the trial, as both parties are eager to see the results.

The council is looking to run one trial project in a heavily urbanised area with a lot of congestion, with the results starting to become evident towards the end of the year.

‘Our delivery partners, which manage our highways, Ringway Jacobs, are equally keen on the project as they have done a lot of work around mainland Europe using similar technology,’ Wilde added.

When it comes to autonomous vehicles, the mesh system will be able to allow cars the ability to triangulate two fixed points down to centimetres, better enabling autonomous cars to avoid accidents.

Accurate triangulated data is necessary to avoid collisions and a street light powered sensor mesh system could help to achieve this. 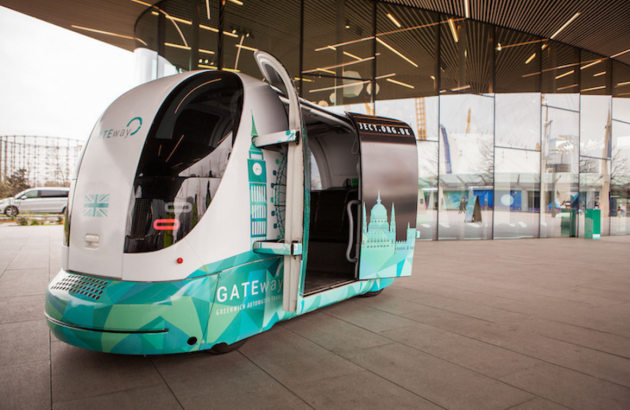 Driverless vehicles have already been seen on the streets of Greenwich as part of trial that involved the operation of a number of autonomous pods.  Wilde hopes that the drive to develop more will see the smart city develop quicker.

‘Most people when they hear about the system are excited, but they want to know what it is going to look like, which is why we are eager to get the technology out into the field,’ Wilde says.

‘The thing that I like about this project is that we don’t have to create new infrastructure in order to get it off the ground. Street furniture has power already and local government has control over it.’

Wilde believes that the fact that the infrastructure is largely already in place will make smart cities more of an affordable leap for cash strapped councils.

‘A streetlight is not simply something placed in the street to light it up, it is instead an expensive piece of hardware, that has power and it has a platform from which we will be able to do many more exciting things,’ Wilde says.

Wilde believes the the impetus of this change is going to be the rise of the self driving car, which could be just five to seven years away.

Driverless vehicles have already been seen on the streets of Greenwich as part of trial that involved the operation of a number of autonomous pods. The pods, which ran on tracks during the trial, are being adapted so they can roam more freely. They are able to travel at up to ten miles an hour and are entirely controlled by computer.

‘This technology is happening fast, we could see a fully fledged smart city within ten years,’ Wilde predicts.