A Norwegian comprehensive school has developed a lighting scheme that aims to help pupils perform better during the school day and relax at night. 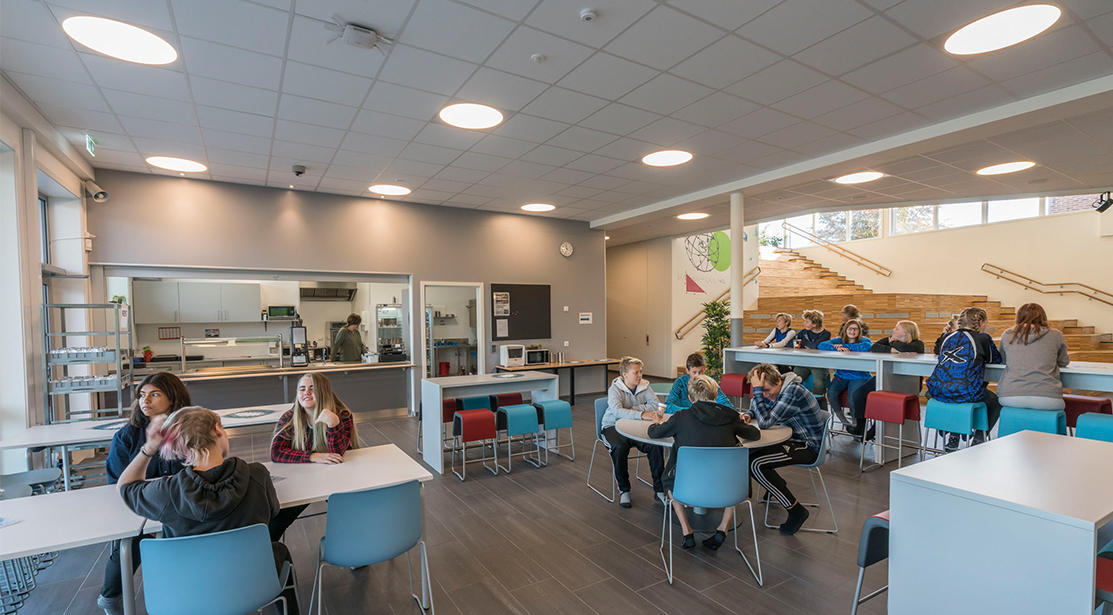 The Holla Comprehensive School was officially opened in September 2016 and the lighting solution consists of luminaires with adjustable colour temperatures, so called tune-able white luminaires with LED light sources that can be adjusted from cool white to warm white light in all the classrooms.

During puberty, teenager's sleep patterns often shift towards a later bedtime and a later awakening in the morning. This acts to reduce the mental performance of adolescents and young adults. Sleep is essential for optimal functioning in everyday life and adolescents often have delayed and irregular sleep patterns, with potentially negative effects on academic performance and daytime functioning.

In a study conducted by Ingvild West Saxvig of the Norwegian Competence Center for Sleep Disorders at Haukeland University Hospital it was found that 8.4 percent of young people in secondary schools in Norway reported trouble falling asleep before 2am at least three nights a week and had difficulties waking up in the morning.

'Delayed sleep patterns in adolescents are probably due to a combination of biology and behaviour,' commented Saxwig.

'At the onset of puberty, the body’s biological clock goes out of sync, causing young people to be sleepy later than previously. In addition, the process of going from childhood to adulthood often involves behaviours that may cause a delay of bed time, such as the use of digital media and electronics in the evenings. Whilst most youngsters will manage to prevent their sleeping patterns from getting too much out of control, some find it impossible.'

When students arrive at school in the morning they are greeted by cool white 'energy lighting', which is applied during the first lesson. The cool white light regulates the production of stress and sleep hormones in the pupils’ (and teachers’) bodies. The cool light pushes the internal circadian rhythm forward, making them feel more alert in the daytime and sleepier when evening comes. 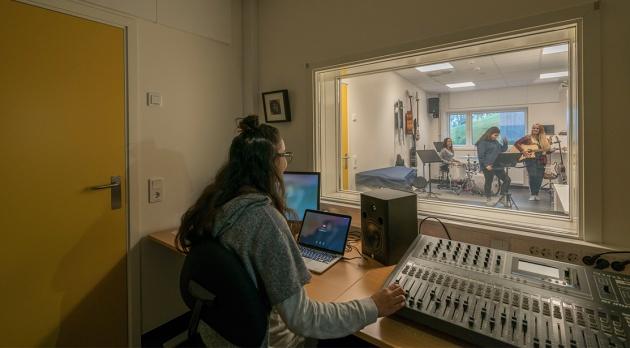 The school music rooms have been fitted with the new lighting. The luminaires have LEDs that change colour according to predefined and manual settings. The colour rendering is very high (Ra> 90), which is much higher than the minimum requirements for schools. It makes colouring, reading and writing easier and more comfortable. The lighting is controlled by the teacher from a wall-mounted user panel.

This also has a positive impact on pupil's sleep patterns. Later the teacher can activate a cool white focus light for tasks that require a great deal of concentration, such as writing or maths.

A shower of intensely cool white light increases short-term concentration and attention and improve student performance. Similarly, when students gather in front of the teacher to listen to a story, the lighting can be used to create a warm white light and a pleasant and relaxing atmosphere. This action is controlled by the teacher. 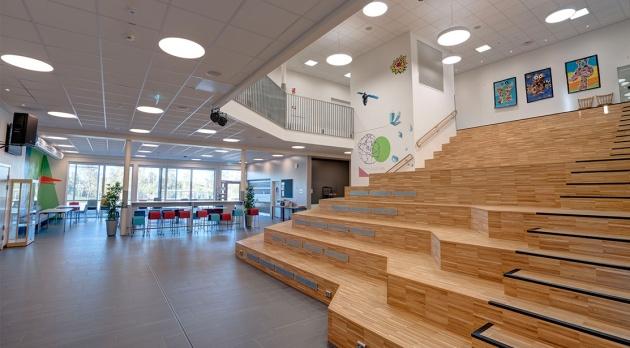 The lighting system at Holla comprehensive school is attached to the school's building management system and the luminaires can be operated through four different lighting scenes with different intensity and colour temperature. C90-Rs from Glamox were used in the project.

Brightness and colour temperatures are programmed into the building management system with fixed settings and a smooth transition between lighting scenes is made between five and ten minutes. Rooms are designed with a vertical illuminance of 300-400 lux at 1.2 meters. This corresponds to a horizontal illuminance at 0.75 meters at about 700-1000 lux.